So let's take a minute to do some advanced reading and pick three new term trends that might work for us in real life.

Today's Top Stories. Pale green eye shadow is a definite must-have for an emerald green outfit. The Kardashians have trademarked their kids' names. Blending the primary colors and adding neutral black and white tints to them, we get all the other ones. There is no room for doubt any more that delicate, shimmering velvet is one of the grandest fashion trends this fall, a fabric type to lend extra chic to Aurora Red. At Ellery we run across blue and red dresses with puffed sleeves, while Vivienne Westwood takes the metallic golden shade to a sportive level through a puffed coat.

Bold accents Every season I feel like there's some bright colour trend that would only transfer to a handful of teenage fashion students from Central Saint Martins. But this year us ordinary folk could be in luck.

Pockets of bold colour were seen either on eyes or lips - not both at the same time, thankfully, and not too crazy, either. For the Anna Sui models, McGrath created a gorgeous retro flick of purple liner on the upper lid and also a dot in the middle of the lower but let's make this optional. At Nina Ricci, it was the lips that did the talking with McGrath creating a beautifully deep crimson on fresh faced models. It's a look that's surprisingly easy to wear for all skin tones.

It's just a question of finding the right red for you. Vintage English This subject has variations on the main theme depending on who you're listening to. 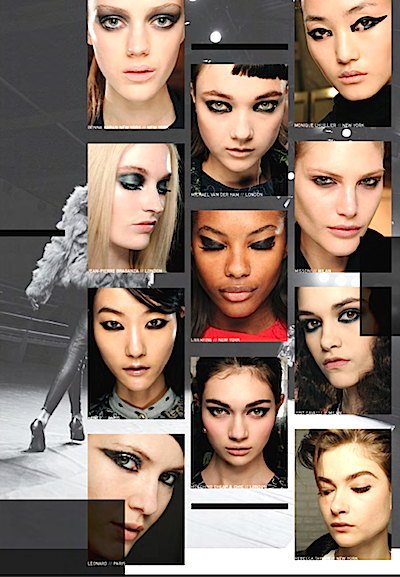 Also known as, 'Healthy Glow' or 'Modern Neutrals', this look is very user-friendly. In fact you may well be rocking the look already without consciously trying. If not, it's really quite simple. 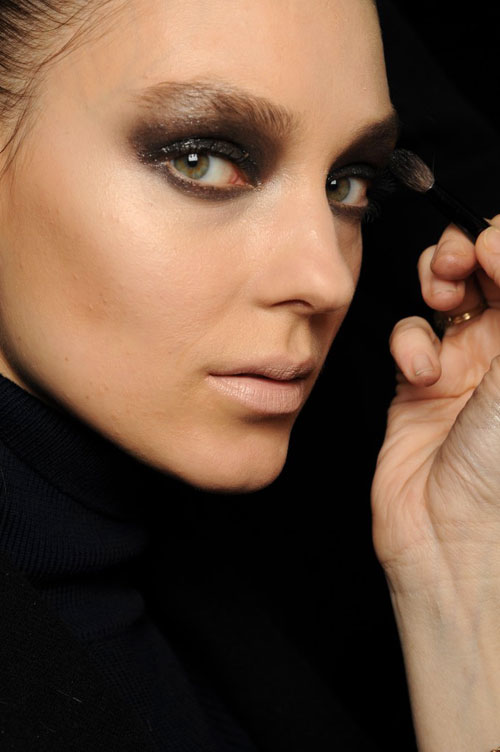 The cheeks had a rosy flush, eyes were left almost bare with a slight emphasis on the brow, and lips were given a stained red look. Basically, it's about looking like you've just come in from the cold without actually being out in the cold in the first place. Graphic eyes It's no secret that I'm a massive fan of black eyeliner but I always do the same flicky shape and so it's time for change.

Terry Barber, MAC's director of artistry, coined the term 'Arti-tech' for this trend of new shapes for eyeliner. Weird and wonderful lines were drawn on the eyes at Aquascutum, Erdem and Moschino to name just three.

They may look a little daunting at first but a bit of practice and we'll all be top of the class at eyeliner control in no time. Senior MAC makeup artist reveals the hottest trends for makeup this summer e-mail.